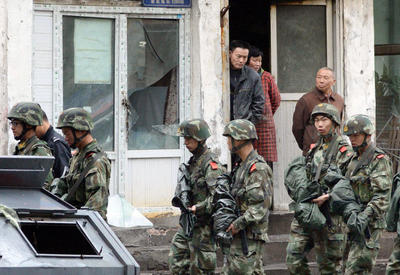 China’s Xinjiang Autonomous Region is experiencing, yet again, deep unrest and unease. News headlines have been dominated by violent clashes between Chinese police and some sections of the Uyghur population — recently a police building in Xinjiang province was bombed and 13 Uyghur activists shot dead in the aftermath. To comprehend the persistent tensions between the Chinese administration, managed by the dominant Han ethnic group, and Uyghur Muslims, one must consider historical tensions and both the strategic and economic significance of Xinjiang.

Mubashar Hasan from the Griffith Asia institute discusses the growing regional tensions in his latest article for the East Asia Forum.

Griffith recognised as a leader in sustainable development

Griffith has been ranked in the global Top 100 (92) of universities globally in the Times Higher Education Impact Rankings 2022.
Business and government

As digital transformation continues to accelerate across the Asia-Pacific region, the prospect of developing Central Bank Digital Currencies (CBDCs) is rapidly growing in interest. Driven by a range of potential benefits a CBDC could provide, including greater efficiency and resilience of the financial sector or ensuring monetary sovereignty over the growing use of alternative digital […]